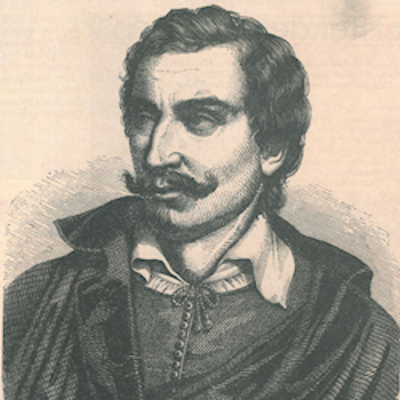 Little is known about the life of Jacob van Ruisdael. There is a clear picture of his work but much less of his life, for example his date of birth and place of death are serious points of discussion. As far as is known, there is not a single portrait, self-portrait or letter by van Ruisdael.

He was the son of the unfortunate framer Isaack van Ruysdael, who also painted a little.On June the 9th in 1661, Jacob declared to be 32 years old, so this would mean he was born in 1628 or 1629. Jacob's mother was most likely his father’s second wife, Maycken Cornelis, whom he married on November 12, 1628.

Isaack married for the third time on March 9, 1642, to Barbertgen Hoevenaels and the following year Jacob's half-sister Maria van Ruisdael was born. Van Ruisdael's family is also known under the name 'de Goyer' after their origin from Gooiland.

Van Ruisdael joined the painters' guild in Sint-Lucas in Haarlem in 1648. His talent was evident from an early age and it is generally assumed that he was admitted to the guild when he reached the minimum age rule of 20. The guild's rules commanded that a person should first receive apprentice status for three years and then be designated as a 'free guest' for at least a year. Only free guests were allowed to sign their work. Van Ruisdael signed his work starting from 1646, so he must have been a student from 1643 to 1646 and then a 'free guest' from 1646 to 1648.


In 1646 Van Ruisdaels started traveling and this resulted in a number of paintings. Around 1656, Van Ruisdael moved to Amsterdam, where he received civil rights in 1659. On June 14, he made a request to be baptized for the Reformed Church, a week later he was baptized in Ankeveen. Before he joined the Reformed Church he was probably connected to the Mennonites just like his father and his uncle and cousin.

Van Ruisdael was highly regarded in Amsterdam but never got rich, although it is known from some tax and notarial data that he was better off than his father. Van Ruisdael remained unmarried throughout his life. He probably returned to Haarlem at the end of his life.

On March 14, 1682 he was buried in the southern transept of the Haarlem St. Bavokerk.