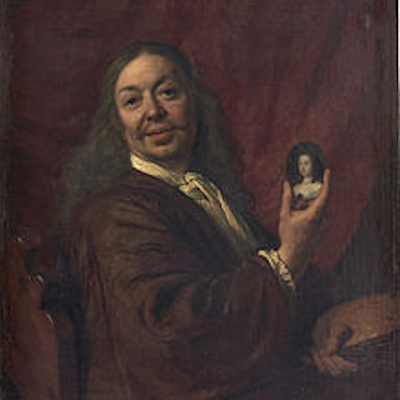 Bartholomeus van der Helst was the son of a Haarlem innkeeper named Lodewijk and his second wife, Aeltgen Bartels. Bartholomeus was born in Haarlem in 1613. His exact date of birth is not known because the birth certificates of Haarlem from that time have been lost.

In 1636 he married Anna du Pire, an 18-year-old orphan from a prosperous family from South Holland. A few years later, the couple moved to Amsterdam where they had six children, one of whom was named Lodewijk (1642 - ca. 1684) and, like his father, also became a portrait painter.

His first dated portrait called "Regents of the Walenweeshuis in Amsterdam" dates from 1637.The style of this painting suggests that van der Helst may have been trained in Amsterdam by Nicolaes Eliaszoon Pickenoy, whose first major commission was for a large archer piece known as the Archer's Shooter Meal Celebrating The Peace of Münster from 1648, led by Captain Roelof Bicker and Lieutenant Jan Michielsz. Blue.

Van der Helst received the commission in 1639 and completed it in 1642. The large 7.5-meter wide canvas was hung above the hearth of the large meeting room of the Kloveniersgilde, the same room for which Rembrandt painted De Nachtwacht.

The success he achieved with this composition led to many commissions for single and double portraits of the Amsterdam nobility, such as his Portrait of Andries Bicker, the mayor of Amsterdam.

Although Van der Helst was active in Amsterdam at the same time as Rembrandt, his elegant and flattering portraits in the style of Anthony van Dyck made him the most popular portraitist in the city. Bartholomeus even had clients from other cities such as Rotterdam, which was very rare at the time.

His large group portrait, Banquet of the Amsterdam vigilante in honor of the Peace of Münster (Rijksmuseum, Amsterdam), In 1652 Van der Helst was commissioned by the Stadhouder family to paint the portrait of Mary, the widow of William II, Prince of Orange The artist remained active throughout his life, maintaining a high level of production until the end of his career.

Bartholomeus van der Helst died in Amsterdam in 1670. Although he had earned well with his work, he appeared to have lived above his means. After his death, his wife had to put all his works up for sale in an advertisement in the Haarlems Dagblad.