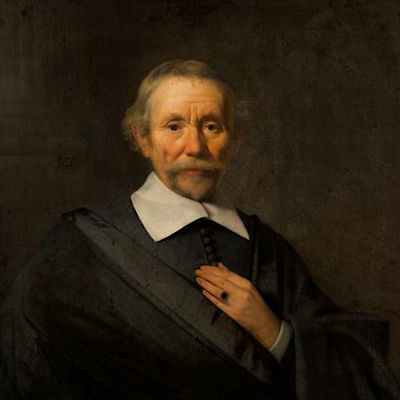 He painted portraits and historical images and was attracted to the south. Although he never went to Italy, he captured the spirit of Italian art better than many of his compatriots who crossed the Alps.

He trained in Utrecht, where he learned to paint from Jan Gerritsz van Bronckhorst.Caesar became a member of the painter's guild in Alkmaar in 1632. His first known painting dates from 1636.

The couple remained childless.In 1648 he moved to Haarlem, where he joined the Haarlem Guild of Saint Luke and met Jacob van Campen. Jacob helped him with the decoration of the Orange Hall in Huis ten Bosch from 1648 to 1650.

After a decade in Haarlem, Caesar returned to Alkmaar in 1658, where he remained for the rest of his life. he started a studio and took on students. His students included Jan Theunisz Blanckerhoff, Adriaen Dekker, Hendrik Graauw and Thomas Heeremans.Caesar van Everdingen was buried on 13 October 1678 in the Grote Kerk in Alkmaar.

His widow Helena van Oosthoorn presented some of the paintings in her possession to the Van Everdingen family.

She then married Pieter Gerritsz Lang, the Superintendent of Bergen Police, near Alkmaar, but the marriage ended in divorce in 1687.Helena was buried on June 22, 1694 in the Grote Kerk, in the same grave as Caesar.