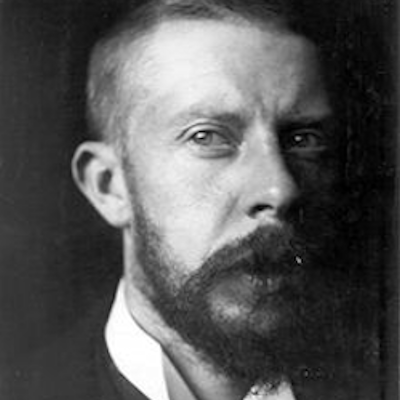 George Hendrik Breitner was born in Rotterdam. From 1876 to 1880 he attended the art academy in The Hague. He had an extraordinary talent and received many rewards on various occasions. For six months (October 1878 to April 1879) he worked as a drawing teacher at the Leiden academy Ars Aemula Naturae.

In 1880 he was banned for misconduct by the Hague Art Academy because he had destroyed the regulations board.
In that same year he lived with the landscape architect Willem Maris in Loosduinen and he was accepted as a member of the Pulchri Studio, an important artists' association in The Hague. He later distanced himself from the Hague School and is nowadays generally regarded as an Amsterdam impressionist.

In the period 1880–1881 he worked with Hendrik Mesdag, S. Mesdag-van Houten, Theophile de Bock and Barend Blommers on the famous Panorama Mesdag. In 1882 he met and worked with Vincent van Gogh, with whom he often sketched in the poorer areas of The Hague. Breitner preferred worker models: workers, maids and lower-class people. The interest in the common people, which many artists felt during that period.

He was associated with the Dutch literary group known as the Tachtigers ( "Eighty-ers" ). This was a group of artists of various disciplines that favoured Impressionism and Naturalism against Romanticism. They influenced many other painters such as Isaac Israëls, Willem Witsen and poets like Willem Kloos.


Breitner saw himself as "le peintre du peuple", the peoples painter. He was painter par excellence of cityscapes. Depicting wooden foundation piles at the harbor, demolition works and construction sites in the old center, horse trams on the Dam or canals in the rain. Amsterdam (1901).

Breitner traveled regularly during the last decades of his life, visiting Paris, London and Berlin, among others, and continued to take photos. In 1909, he went to the United States as a jury member for the Carnegie International Exhibition in Pittsburgh.