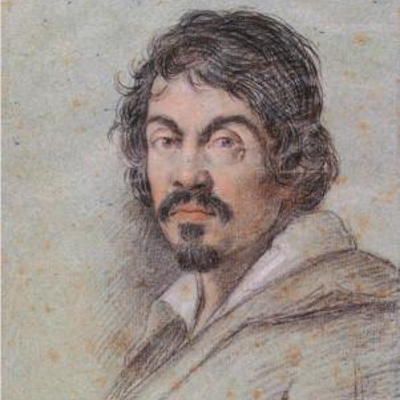 Michelangelo Merisi da Caravaggio, one of the most well-known Baroque painters, was born in September 1571. He was commonly known as ‘Caravaggio’, a city in Northern-Italy where he spent most of his childhood. He lost his father to the plague and quickly after his mother passed away as well, leaving him orphaned at the age of only thirteen. He then travelled to Milan, to be an apprentice to the famous painter Simone Peterzano, who in turn had been an apprentice to the painter Titian. The prevailing style of painting at the time was Mannerism, which was characterised by exaggerated elegance, disproportioned bodies and complicated compositions. However, Peterzano was more interested in the naturalistic approach, focusing on this in his teachings with Caravaggio. This gave Caravaggio the unique opportunity to paint more freely, instead of having to replicate the existing ideal.

Not long after his four-year apprenticeship ended in 1592 Caravaggio left Milan and went to Rome. There was a high demand for paintings in Rome, not only to fill the countless churches and palaces, but also to counter the rise of Protestantism. It was necessary to innovate the style of painting if the Catholic church wanted to allure people into staying or becoming Catholic. Caravaggio, with his naturalistic and unapologetic way of painting, seemed to fit the bill. He was in high demand, but his art came with controversy.

Caravaggio was rebellious, restless and a bit of a hot-head, someone who did not deny the shadows of life. This translated to a naturalistic style of painting, where flaws and faults were not hidden, but lit up to emphasise that humanity is not immaculate. He used people from the streets: prostitutes, beggars and orphans, placing them in holy settings. He did not hide their dirty nails, wrinkles or ripped clothing, but coated them in light. This was not always appreciated by the Church, and he had to redo multiple paintings. However, despite the critique, his work had the desired effect: he painted the religious message in a language the common people could understand. Not shrouded in ethereal elegance, but grounded and recognisable.

Furthermore, Caravaggio was known for his dramatic use of chiaroscuro, which is a strong contrast between light and dark. He was said to have "put the oscuro [shadows] into chiaroscuro”, darkening the shadows and intensifying the light. It made the paintings more three-dimensional, creating space and emphasising form, and also added some dramatic flair. He was also a master in distilling the most striking moment in a certain scene, resulting in expressive and emotive paintings.  Caravaggio worked very fast and intuitive, he did not make studies or drawings beforehand, but worked directly on the canvas. This fits his realistic way of painting: he gives you life as it is, capturing the moment. His way of painting lead to an artistic movement whose followers were called the ‘Caravaggisti’. There was even a separate movement of Dutch painters active in Utrecht, ‘Utrecht Caravaggism’, who later inspired painters like Frans Hals, Rembrandt and Johannes Vermeer.

The dramatic flair in his paintings also translated to his own life. His life was marked by a succesion of brawls and arrests, leading to him having to flee multiple times. In 1606, he was charged with the death sentence by beheading after killing a man in a duel. He fled to Naples, Malta and Sicily, where he thankfully continued to get many commissions despite his reputation. During this period Caravaggio’s mental state declined, which can be seen in his paintings. They became darker and more violent, with a striking amount of severed heads, linking to his death sentence.

In 1609 he returned to Naples, where he got promising news that a pope in Rome might give him a pardon. He left for Rome in 1610, but died, presumably by lead-poisoning, before he could reach the city.  Caravaggio’s impact is still tangible today: his use of light is admired by many theatre- and filmmakers and his unapologetic, direct way of painting still moves those who see his paintings. His message that life is not perfect and comes with shadows as well as light, is still relevant today.


Some of our museum quality reproductions of Michelangelo Merisi da Caravaggio are listed below: 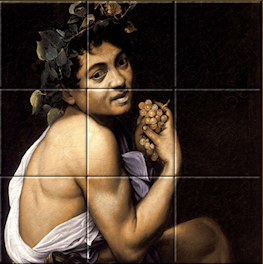 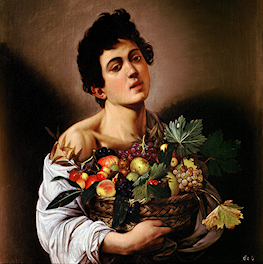 Boy with a Basket of Fruit 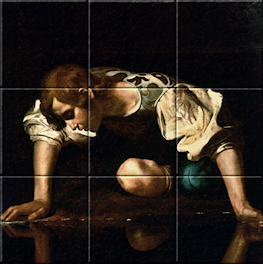 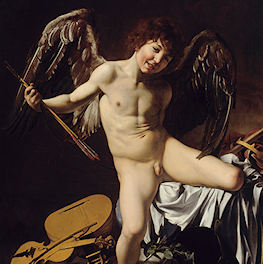